(Note: This is Part 3 of WA Travelogue series. If you’ve missed the previous posts, you can read it here).

I drafted this third series of travelogue on 26th Jan, and coincidentally it was on the National Day of Australia. After I gained more self-reliant, felt comfortable and familiar with Perth surroundings, I decided to beat my curiosity and explore different parts of Western Australia.

I still able to attend the Perth Writers Festival and workshop that was organized as part of International Art Festival programs located at the University of Western Australia (the oldest university in the state). It has been ages since I last stepped into a lecture hall. UWA is a remarkably gorgeous university situated at the beautiful scenery of Swan River. I was amazed by the Romanesque-style architecture: the sandstone buildings, the arches and the classical halls. The landscape and parks were stunning — I was even surrounded by adorable black swans and peacocks. The panorama was a mixed of history and nature; something not to be missed. 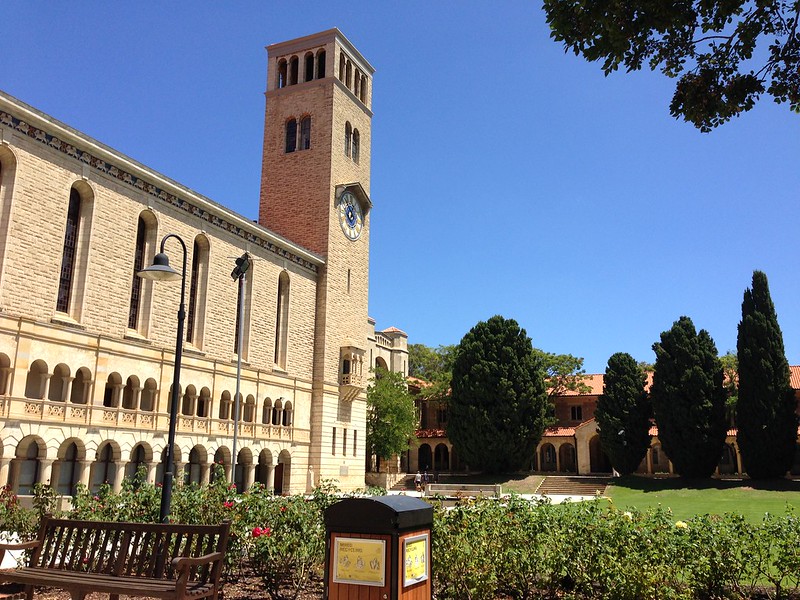 After the workshop ended, I strolled along the north bank of Swan River near Hackett Dr., just across the university. It was a delicate evening, seeing families having picnics and group of friends enjoying cool beers. I walked straight down south to Matilda Bay Restaurant to reward myself with special cuisines and views. My dining table was perfect — it was open air and facing several yachts at the bay. I saw a photographer taking pictures of the newly weds. There were many birds and swans, and the sun slowly sank beneath the horizon as I was enjoying my meal.

On other days, I extended my journey further by getting to know the railway lines. Perth Railway Station located at Wellington St. was my marking point of decision for next destinations. I navigated to several spots via Fremantle, Joondalup, Mandurah and Midland lines.

At Fremantle, I explored the city, jetty and port. There were few settlements, monuments, and well-preserved historical buildings dotted around. It’s advisable to be on foot when you are here to walk along many trails and discover all the hidden gems. I managed to walk about 5 km through art and culture trail and boat harbor trail. Many Fremantle markets sells souvenirs and vintage collectables, from clothing to jewelry and sculptures. I was searching for used vinyl records, but was out of luck that the shop was closed. 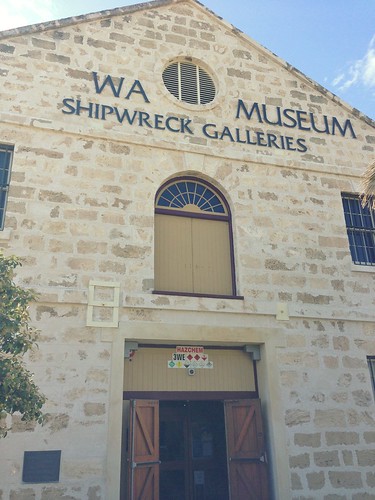 I visited The Shipwreck Museum near Cliff St. at Fremantle. The maritime archaeology gallery housed many ancient relics, timbers and artifacts (it is a free-entry but I encourage you to make some donation for the museum). There were few separate galleries including Batavia that showcases the massive remains of Batavia ship and Dutch Wrecks displaying ancient coins, maps, cannons, potteries and many others.

I was later suggested by the locals (and other travelers) not to miss the Fremantle’s Fish and Chips because of their uniqueness, non-greasy and succulent taste from fresh fishes, so I had mine at the Sweet Lips Restaurant nearby. Yes, Fremantle is popular with their fish and chips (also seafood platter) that you may noticed every restaurants offered almost the same menu. I was accompanied by many seagulls beside me so I had to feed them with my chips because they were always hungry (kind of a funny experience!).

Near the Market St. I was able to stop by at an irresistible dessert bar, named Chocolateria San Churro. Need I say more? The mouth-watering place is a heaven for a sweet tooth like me, which served plenty of desserts: churros with various types of dipping sauce to choose from, fondue, ice cream sundaes, chocolates, macaroons, truffles, milkshakes, smoothies, various types of coffee and many more (It’s a must-try, especially for chocolate lovers. You’ll get sugar comas!). 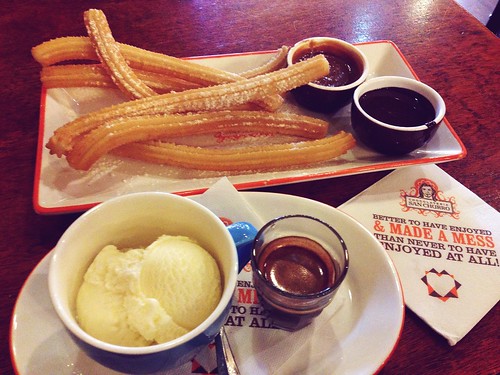 Best tagline ever! (And that’s my Affogato)

On the next episode, I will share the outdoor exploration and breathtaking sceneries of WA. I’m saving the best for last (I promise), so hold on tight!

>> NEXT: Read Part FOUR of the travelogue series.

“We’re so busy watching out for what’s just ahead of us that we don’t take time to enjoy where we are.” – Bill Watterson